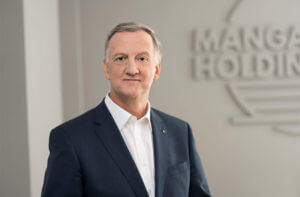 President of the Board

Leszek Jurasz is a graduate of the Faculty of Automatic Control and Electronics of the Silesian University of Technology, where he obtained a master’s degree in engineering and a graduate of post-graduate studies in management and finance at the University of Silesia. He participated in numerous trainings and conferences, among others: Management 2002 (Canadian Institute of Management), Preparation and carrying out of the process of public offering of a company (OTREK Centre for Training of Managers and Consulting), 5th Lean Manufacturing Conference (Wrocław University of Technology), Mergers and Acquisitions – formal, legal and financial aspects (Eurofinance Training), Agreements in capital groups (MM Conference). In the years 2001–2007 he took part in restructuring and acquisition projects carried out by the Riverside Investment Fund as an Industry Expert.

In 2013, Leszek Jurasz was nominated in the “Bulls and Bears” ranking in the President of the Year category and was among the five managers particularly distinguished for the companies they managed. His managerial skills have also been recognized in the 2015 Harvard Business Review ranking, where he finished sixth among the most effective CEOs in the WIG 80 index over the past five years.

Currently, he is a member of the supervisory boards of Kuźnia Polska S.A. and Black Point S.A.